News of the Nemean Games

They say about us

Much of the material on this website was generated by excavations carried out at Nemea by the University of California at Berkeley from 1971 to 2004 operating under the American School of Classical Studies at Athens, and with the permission and supervision of the Archaeological Service of the Ministry of Culture of the Hellenic Republic. The Director of those excavations was Professor Stephen G. Miller, now retired.

Excavations had been carried out around the Sanctuary in 1884 by a French team, and again in 1924-1926, 1962 and 1964 by the American School of Classical Studies at Athens, funded in part by the University of Cincinnati. The work by Berkeley was funded by private contributions mostly gathered in the U.S.A., except for the Temple reconstruction which was started in the U.S.A., but came to be funded by private sources in Greece.

July 1971 – Miller appointed by the faculty of the Department of Classics to direct the Nemea Excavations.

May-July 1973 – Purchase of most of the property in the stadium and the sanctuary; preliminary work at the site including establishing grid reference system tied to Greek Army survey.

April-July 1974 – First full season of excavation with four crews in the sanctuary and one in the stadium.

May 3, 1978 – Discovery of the vaulted entrance tunnel of the stadium.

June-July, 1979 – Discovery of the Hero Shrine of Opheltes.

April 1983 – Exhibition on the Temple of Nemean Zeus at the Benaki Museum in Athens.

July 3, 2002 – Completion of first phase of the reconstruction of the Temple of Nemean Zeus. 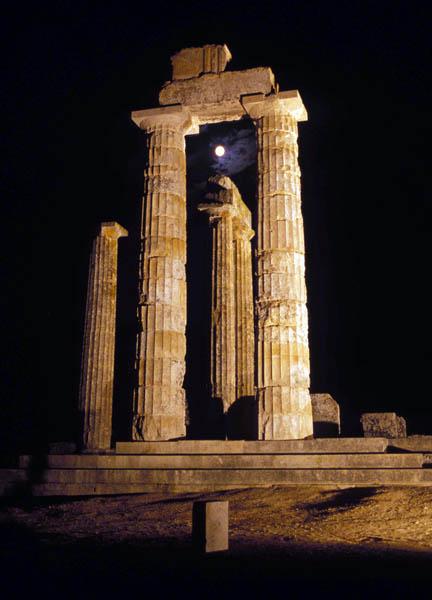 The Temple of Nemean Zeus with two newly re-erected columns beneath the full moon of July 24, 2002

June 15, 2013 – Formal completion of the second phase of the reconstruction of the Temple of Zeus

Stephen G. Miller, Nemea, A Guide to the Site and Museum (Ministry of Culture, Athens 2004) with earlier bibliography. 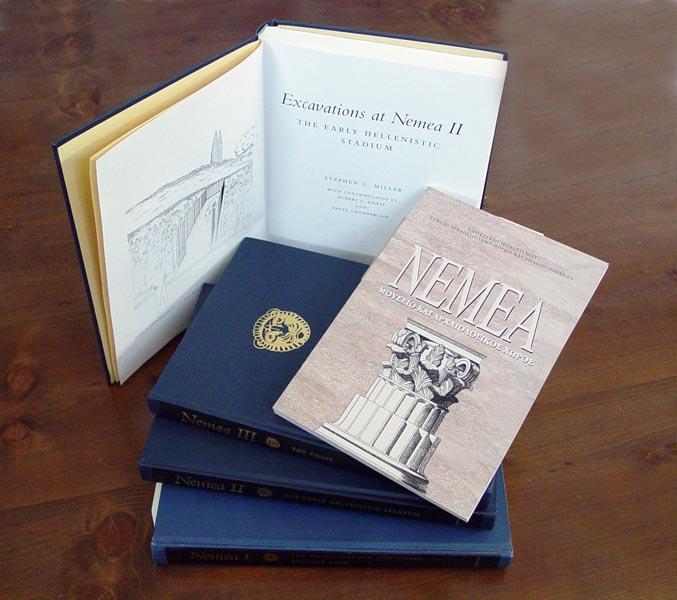