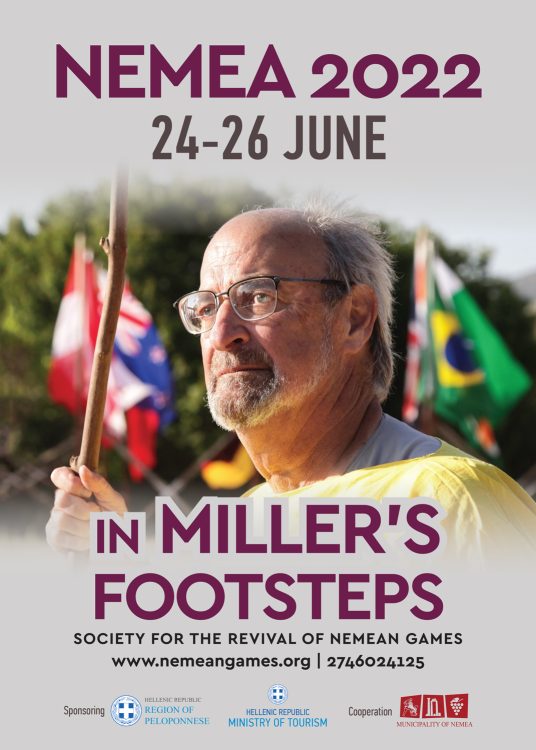 The full documentary is now available.

If you would like to participate in the Seventh Modern Nemead (Nemean Games 2022), and in a revival of the Olympic Spirit.

PROGRAM OF THE SEVENTH MODERN NEMEAD

The Society for the Revival of the Nemean Games

“It is our belief that the modern Olympic Games, despite their obvious success in many respects, have become increasingly removed from the average person. Our goal is the participation, on the sacred ancient earth of Greece, of anyone and everyone, in games that will revive the spirit of the Olympics. We will achieve this by reliving authentic ancient athletic customs in the ancient stadium of Nemea.”

The Society for the Revival of the Nemean Games is a movement born from nearly 40 years of excavation by the University of California at Berkeley in the panhellenic Sanctuary of Zeus at Nemea, Greece, and from the enthusiasm and dedication of local residents of Nemea who feel that they could make an important contribution to today’s world because of their personal ties to Nemea.

It was at Nemea that the ancient Greeks celebrated athletic and religious festivals that were part of the cycle of games at Delphi, Isthmia, and (best known today) Olympia. It was at one of these four sites that, for a brief period each year, wars and hostilities were suspended by a sacred truce, and all Greeks gathered in recognition of their common humanity. This impulse toward peace – albeit limited to a few days each year – was the first in the history of mankind on an organized, regular, and international scale. Thus, the festivals at Nemea, Olympia, Delphi, and Isthmia are the direct ancestors of today’s United Nations and Olympic movement. The ancient stadium discovered at Nemea is, therefore, an important monument in the history of such institutions.

The Olympic movement has become an ever more important and complex international event, and a symbol of the nobler aspirations of our human race. But it has also become increasingly removed from those who are not extraordinarily athletically gifted. The average person, inspired by the ancient lessons of peace and hopeful of participation in the movement finds even the role of spectator difficult to fulfill at the modern Olympics.

The Society for the Revival of the Nemean Games believes that there is scope for the average person to participate in such an international athletic festival where no records will be kept and no medals awarded. Races will be organized by gender and age, and participants will be rewarded only by bare feet sore from contact with the same stones and the same soil where ancient feet ran more than 2,300 years ago.

The Eighth Nemead will take place in 2024. 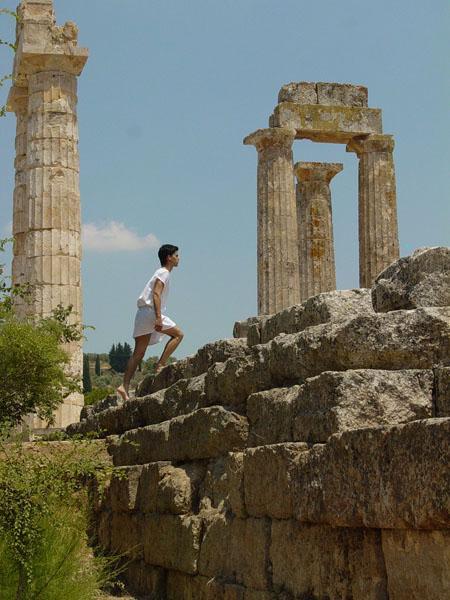